Making a Splash with Rev Your Bev Day! 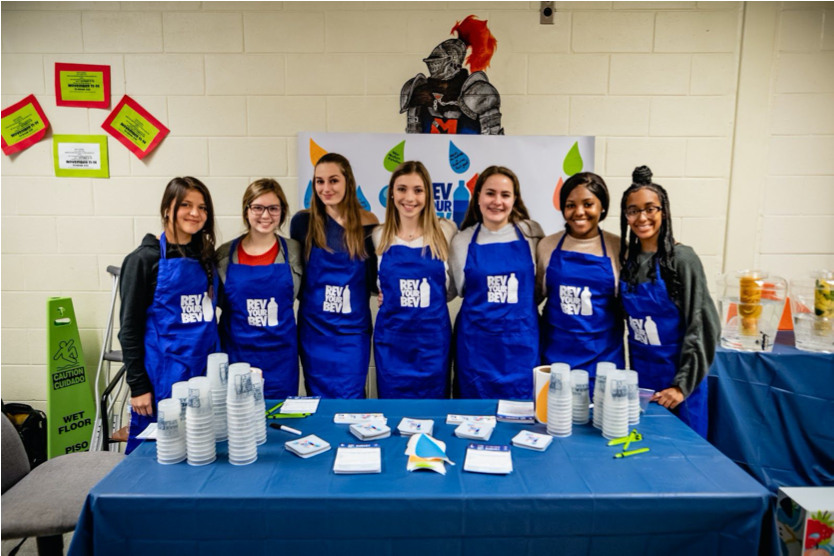 Hello, my name is Cali. I’m a junior at Manchester High School. This will be my third year as a Y Street member and my second year on the Leadership Team. As a Y Street activist, I have worked on many campaigns including Rev Your Bev. Through the Rev Your Bev campaign I’ve surveyed a numerous amount of people about their drinking water habits and informed them of the benefits of drinking water. This campaign has always been important to me because my parents have always kept sodas in the house and I grew up drinking primarily sugary drinks. When I joined Y Street I had no idea how much sugar I was consuming through these drinks or how these drinks even affected me. I have very little free time but the past couple of years I have managed to make as much time for Rev Your Bev as possible because this campaign has affected me in such a positive way. I want to help others be healthy and drink more water too!

Manchester recently held an event on November 13, 2019, to participate in Rev Your Bev Day. We had many Y-Sters from Manchester participate and collected over 200 surveys. The event was so positive and very enjoyable to participate in. People were ecstatic about the fruit-infused water and this motivated them to fill out the surveys. During the event, a freshman that I had never met before came up to the table out of curiosity. The freshman was so interested in the fruit-infused water and after he filled out the survey we discussed his drinking water habits. He revealed to me that his family doesn’t really encourage him to drink water and sugary drinks are a norm in his household. I was shocked because I had a similar experience growing up. Stories like his are what keeps me motivated. His story confirmed for me that this is a more serious problem than I originally thought.

Activism is a key part of changing behaviors in our community. With this particular campaign, we encourage drinking water because sugary drinks have been linked to obesity and multiple other health problems. Y-street is motivated to promoting a healthy Virginia and it starts in the schools, as the youth are our future. With youth devoted to being healthy through drinking more water, we can stop letting soda companies take advantage of us and risk our health. In the future, Manchester’s Y Street club hopes to get everyone at Manchester drinking water through fun events and activism. Eventually, we would like to make our dream of water being more popular than soda come true.